As the action started on Day 2 of the PMPL South Asia final, Celtz resumed from where it left yesterday. The table-toppers failed to win in the first 2 matches but mainted their lead at the tip of the table with consistent performances. Celtz finished second in the starting two matches.

Stakes are high for all the team and the week had started with a bang on yeserday. Three world league spots are up for the grab and that has left all the team motivated like anything.

In the first match Celtz finished beind SynerGE who end up with 32 points, 8 more than Celt. The MVP of the match was SGEted, who registered 5 kills in more than 26 minutes. The player also inflicted 675 damages.

Fnatic and TSM-ENTITY finished 3rd and 4th in the match repectively. Standings after match 6 of final week

The second match saw Celtz firing on all cylinders again but this time they were pipped by TSM-ENTITY. ENTITY ruled the points table in the league stage but were lacking their shine since yesterday.

This time they held their nerve to a very consistent and motivated Celtz team. 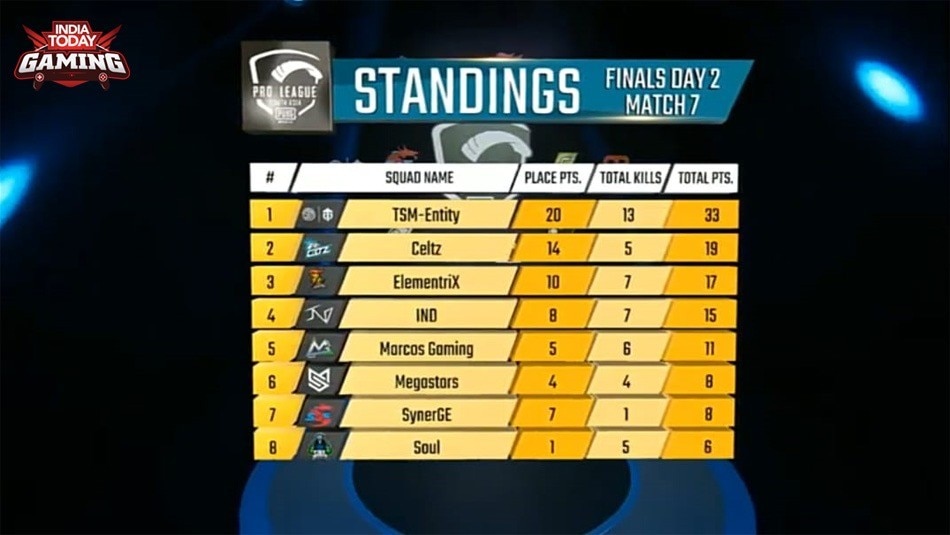 Standings after match 7 of week 4

ClutchGod was the MVP of the match with 6 kills and 790 damages. The time spent by the aggressive player was 24 minutes and 4 seconds. 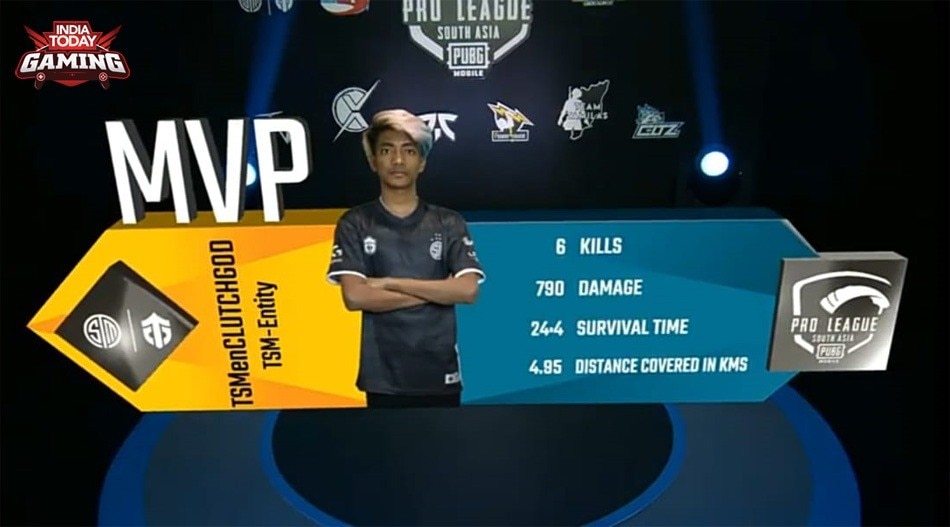 The third-match broke the momentum of Celtz. They were shown the exit door with zero kills but highlight of the match came when TSM-ENTITY with their breathtaking performance grabbed their second consecutive Chicken Dinner.

This meant that ENTITY dethroned Celtz as the table-toppers. Notably, the team was nowhere to be seen in the points-table on Friday. MegaStars came second with 5 kills. After the match ENTITY was 26 points ahead of second-placed Celtz on the points-table. Standings after match 8 of final week

IndiaToday.in has plenty of useful resources that can help you better understand the coronavirus pandemic and protect yourself. Read our comprehensive guide (with information on how the virus spreads, precautions and symptoms), watch an expert debunk myths, and access our dedicated coronavirus page.
Get real-time alerts and all the news on your phone with the all-new India Today app. Download from